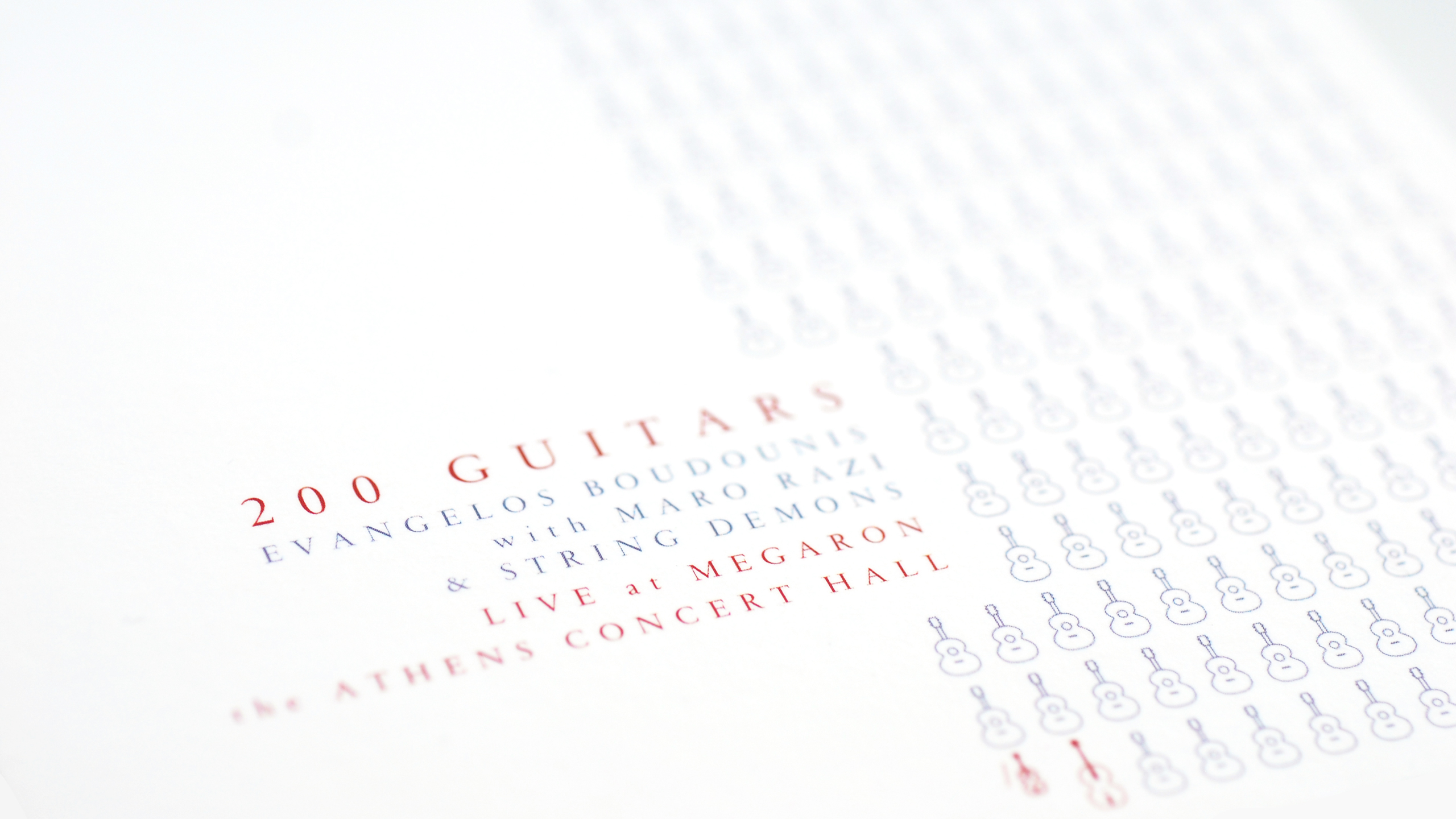 Cover for the release of the live recording of Evangelos Boudounis, Maria Razi and String Demons at the Megaron Athens Concert Hall.

200 guitarists, a cello and a violin formed the orchestra. The volume of the musicians on stage was imposing both acoustically and visually. At the same time, however, the compositions that were performed were homely and popular with the public (Piazzola, Theodorakis, Tiersen's "Amelie", etc.) and the enthusiasm was evident, creating an interactivity. We chose to present all this atmosphere, the imposingness of 200 guitars literally - with 200 guitars illustrated on the cover. But the guitars cover only half the space since the rest of the other half belongs to the audience.

The logo "Scent of a Guitar" is designed for this release and the sequels of Evangelos Boudounis in the series with the same title.