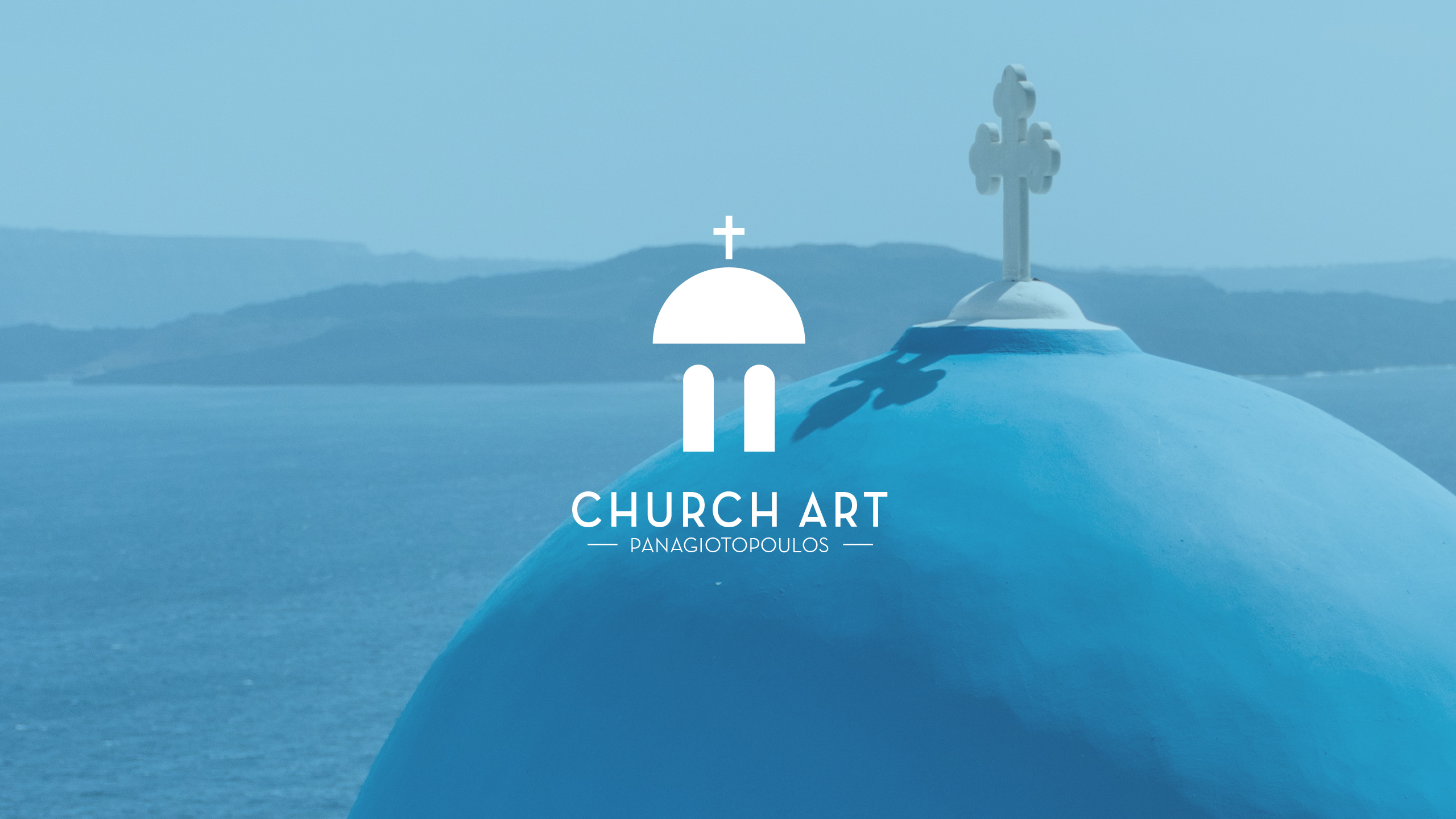 Identity and collateral for the online shop specializing in the sale of church supplies.

"Church Art" is the newly established Greek brand for an online shop specializing in the sale of ecclesiastical products and church supplies for the Orthodox Christian audience. The company was actually established over 45 years ago but until now had a presernce only in the retail market under the brand name "Panagiotopoulos". The aim of the rebrand was:
1. to communicate with the market audience outside of Greece and reach the Orthodox Christian communities around the world in countries such as Russia, U.S.A., Australia and Eastern Europe.
2. Provide a continuation between the old and brand (Panagiotopoulos) and the new (Church Art)

Inspiration
Cycladic architecture and in particular the architecture of the tiny Greek Orthodox churches found (by the thousands) on the Cycladic islands. Due to the world wide appeal of Cycladic islands such as Santorini and Mykonos and since, the objective of the rebrand is to appeal to an audience outside of Greece it was decided to use as inspiration one of the most iconic of Greek scenery - an entirely white church set on the blue-cyan background of the Greek sea and sky.